This year ROIATTI S.r.l. celebrates 100 years in the moving and ransportation business and notwithstanding the age we are still exited and enthusiastic of our activity just like the very first day in 1918 when moving started with carts and horses. Roiatti people take pride in the firm’s heritage and want to share with you some of the history and achievements.

Gio Batta (Tita) Roiatti, first of three brothers, establish the company in the difficult years of the World War I.
All he has at his disposal is a horse-drawn cart, with which starts the activity in the Udine area, at that time still territory of Autstro-Hungarian Empire. 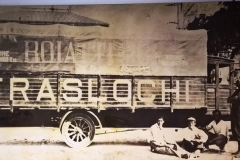 1919 was also the year in which Vittorio and Renzo
officially joined their brother Gio Batta
and the named changed to Roiatti Fratelli.
The enterprising brothers performed services by using abandoned Austrian-Hungarian material, wagons and established a horse stable with 3 abandoned war horses.
In addition, the Italian Government gave Roiatti 2 trucks
as war damage compensation. With these new means, the business capability increased considerably. 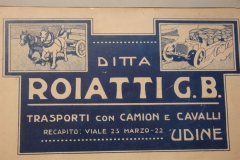 In 1958 the firm expanded beyond the immediate Udine area and initiated operations in the adjoining province of Pordenone from rented industrial warehouse.
Roiatti operated from this warehouse until 1993
when it moved to a larger warehouse
on the southern side of Pordenone. 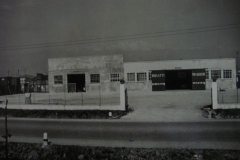 In 1985 the firm underwent another name change and became Roiatti S.r.l., a limited liability company.
The CEO was Luigi Roiatti, the offspring of Vittorio Roiatti. Under this name business continued in the transportation, relocation and forwarding sectors. The crane sector became a separate compartment headed by Domenico Roiatti. 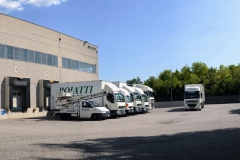 Agostino Prosdocimo was nominated Chief Executive Officer and Chairman of the Board of Directors.
Although none of the Roiatti family members are now part of the company, the continuity baton of Roiatti was given to the Prosdocimo family by Luigi Roiatti in consideration of Agostino’s longevity (started with Roiatti in the 60’s as a packer) and significant contributions made to the firm’s growth. 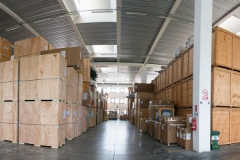 The Pasha Group expressed interest and successfully concluded negotiations in July 2004 when Roiatti and The Pasha Group became partners, continuously providing moving services for private and public Customers and for the U.S. Military USAFE bases in Italy, historic Customers. 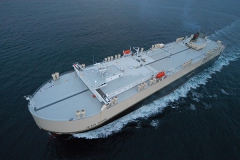 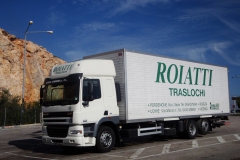 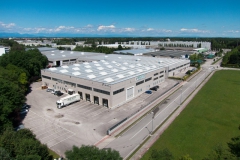